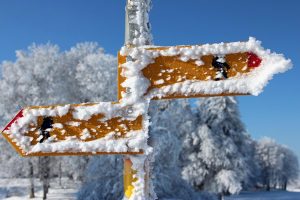 Psychic paralysis has a profound impact on psychic functioning. There is like a blank, a suspension, an absence, in the functioning of the person who can not talk about it or think what happens to him until he realizes that it has happened to him. And the fact that we can’t really talk about it or really think about it, is for the human mind a way to make it kind of disappear. Thus, the event which has caused the psychic paralysis returns periodically to the limbo of unconscious suppression because we simply do not know what to do with it. If the person begins to become aware of the phenomenon and takes the time to self connect what he feels at that moment, then he may feel, (after having overcome the apparent absence of sensation), that his body is frozen, paralysed, sometimes numb, or like if he were made of cotton. And other times as if the whole person was out of his body. This, in all cases, results of what is happening in your body when you are facing an inability to respond in front of a drastic situation or type of situation.

Psychic paralysis, more often than not, occurs when we are dealing with a traumatic situation. Then, following this trauma, the phenomena can be re-lived even when faced with a situation apparently innocuous, but which reactivates the unconscious memory of a trauma of the past. A situation is traumatic when the person’s body is not able to integrate, to metabolize in his body and his psyche, the sudden influx of sensory and psychic information that bursts in a way totally unusual at the time of the event. It is easy to understand the possibility of a trauma in case of assaults, sexual abuse, rape, violent attacks, events of wars,  accidents etc. But in fact, there is another category of events, some times much less obvious, on a daily basis of exposure, as can be for a child, for example, the exposure to the unspoken, silent secrets charged with prohibitions or taboos, which can be as strongly omnipresent than they are strongly muted in a family or into a social group. It is clear that, depending on how the parental or family history is organized around them, some secrets or taboos have a powerful potential of a paradoxical injunction.

It should be pointed out that a paradoxical injunction operates when one faces an entanglement of verbal, sensory and representational information that places the person in front of contradictory choices that then become impossible to make. Typically, in the case of aggressions, the archaic animal brain that governs our impulses pushes us to behaviours that oscillate between two extremes, fleeing or attacking. The flow of stress experienced then by the human body serves to make this flight or attack possible. Submitting can also be a possible and viable behaviour when it helps to stop the aggression and thus relieve stress. But what happens when none of these options seems possible or simply viable? A child beaten by his parents or subjected to powerful taboos or unspoken secrets can neither flee nor attack because of his situation of weakness and emotional and material dependence. This is a type of paradoxical injunction. One way or another if I struggle I lose, if I flee I lose, and submitting will not be enough. Whatever he does, the child’s experience is that there are no possible viable outcomes. Rape or situation of hostage-taking can lead to the same kind of paradoxical experience when no matter what I do, my mind sees no viable outcomes. I then suffer a state of deep internal stress that can lead to no possible liberating choice and no release of this internal energy build-up. Whatever the threat, apparent, real or even sometimes subjective, the mind reacts as if there are no more options while the body instinctively continues, in a continuous flow of stress, to prepare for an impossible solution. Such internal contradiction is unbearable violence for the human body…

Psychic paralysis, for these extreme cases, is then the ultimate choice of the unconscious, the last way out. I can’t run away, I can’t attack, but I can kind of disappear by disconnecting from all or part of my feelings related to this traumatic situation. I have no choice but to stay in a kind of in-between, a kind of standby position, an on-site frost called psychic paralysis. The energy of stress is also frozen, contained and repressed deep into the unconscious memory of the body, along with the sensations and memories to which they are attached. The person becomes foreign, absent, amorphous. There are even certain situations of assault or rape where one can believe by watching the scene from the outside that the person is willing, because he or she seems to let himself be done, not defending himself, not fighting back, when in fact he or she is in a state of astonishment, completely stunned, unable to react.

The unconscious, being somewhat timeless, the psychic paralysis allows you to go through the traumatic event by taking you psychically away, like out of time so to speak, while waiting for the conditions to evolve sufficiently so that you’ll be able finally to make a choice again. Psychic paralysis is a kind of global « standby » of the psyche and the organism, which freezes the traumatic moment and pushes it back into the unconscious until a new psychic maturity may later allow the person to resume it, to become more aware of it, with a new opportunity to try to get out of it at last. The problem is that this « later » may be more or less distant and in the meantime, long after the trauma itself, the person can continue to live, grow and organize his life, without knowing it, around what is now repressed and deeply frozen in him. Sometimes the phenomenon is partial, I remember the events, I can even name them but they are no longer connected to either energy nor emotions.

How do I get out of psychic paralysis?

To get out of this « madness » we must first become aware of it, then we must accept, with the right accompaniment, to re-enter it. To return into it voluntarily must be done step by step on a sensory way by verbally describing what one is going through in order to gradually re-order it. This is delicate and rarely done because, in essence, it involves feeling the condition and consequences of a traumatic state that has not been digested the first time. But, by gradual going back and forth in this state of psychic paralysis, the verbalization of sensations in the body allows precisely a new movement of the psyche and then a renewed capacity of thinking the past traumatic events. As the stress of the body has also been frozen and blocked inside, the progressing release of emotions also allows the release of frozen energies. If so, any repressed memories may also come to the surface.

The exit from psychic paralysis most often leads to the entry into another phenomenon more or less intense: confusion. This confusion is quite normal since, to come out of this « frozen » situation, is moving a part of your identity that invisibly (unconsciously) was organized around the psychic paralysis. Sometimes it is a profound overhaul of some of the foundations on which we thought we were built, hence the necessary passage of confusion. And just like psychic paralysis, it will also be necessary by the same way, to cross and to verbalize all the sensations related to the confusion, to be able to travel through it. At the same time as we go through the confusion, and if trauma and psychic paralysis were related to family history, then the memories and questions connected that have been repressed and unanswered can be traced. The new questions are accompanied by a liberation of the feelings and emotional energies associated. At the end of the confusion, certain passages-to-act, such as confronting one’s family or its aggressors, seem to impose themselves as the logical continuity of the exit from psychic paralysis, and thus as the possibility finally renewed to be able to react again. But contrary to what our mind may believe, it is not so much the answers to the questions, rather the fact of finally being able to ask them and thus allow ourselves to feel all the associated emotions (which are released at the same time with or without the answers), which are a sign of an ongoing liberation process and thus an exit from stupor. The answers to questions if they happen are just the icing on the cake… 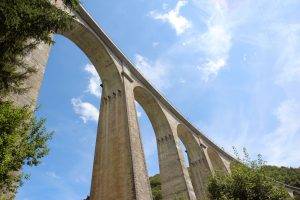